Front-row qualifiers Kurtz (No. 04 DXDT Racing Mercedes-AMG GT3) and Jason Daskalos (No. 27 Daskalos Motorsports Audi R8 LMS) sprinted away at the drop of the green flag, but stewards deemed Kurtz’ start to be premature and served him with a drive-through penalty.

While Luck and Harward battled for the top spot, spins claimed several pursuers, including Burton, Gray Newell (No. 25 Heart of Racing Team Aston Martin Vantage AMR GT4) and Alex Welch (No. 76 ROTR Motorsport Audi R8 LMS GT4), all of which cleared a path for a fast-closing Kurtz. The Mercedes driver would regain the lead and pull away in the 23-lap race to win by just under 6 seconds.

Masters winner Luck and Harward filled out the podium, as three different manufacturers finished in the top three. 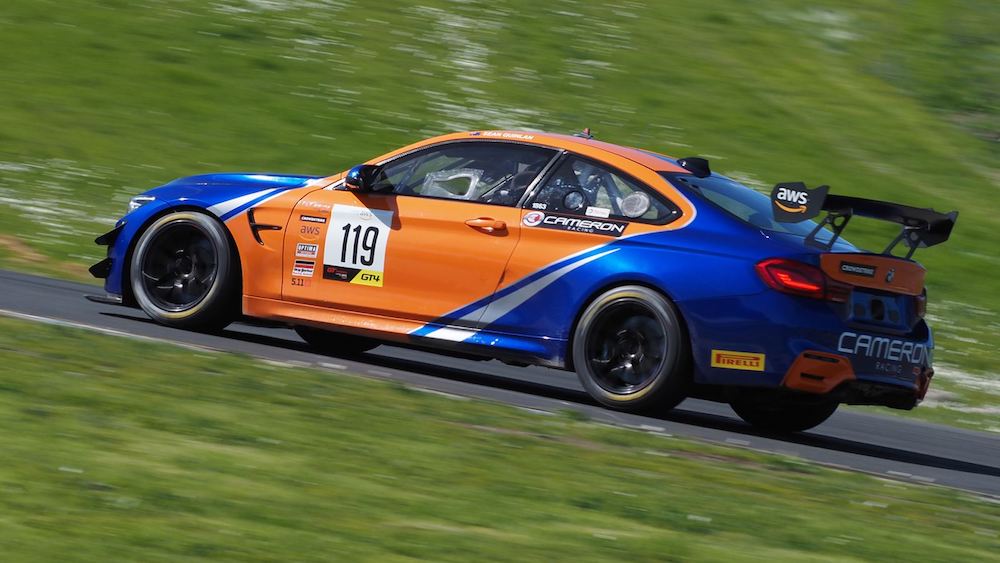 Quinlan took the GT4 class lead mid-race, and held on to notch another victory for BMW.

There was less drama in the GT4 ranks as the top three qualifiers closed out the race in only a slightly shuffled order: Polewinner Robb Holland (No. 99 Rotek Racing Ford Mustang GT4) lost his early lead to Sean Quinlan (No. 119 Stephan Cameron Racing BMW M4 GT4) at mid-race. Quinlan never looked back, leading the rest of the way and heading Holland home by 5.254s.

Sunday’s Race 2 action begins with Kurtz and Quinlan, both fastest race lap holders in class, starting from their respective pole positions when the green flag drops at 8:45 a.m. PST. Catch all the action at gtamerica.us/live, on GTWorld YouTube channel, or audio simulcast on SiriusXM SXM 382 (web 992).