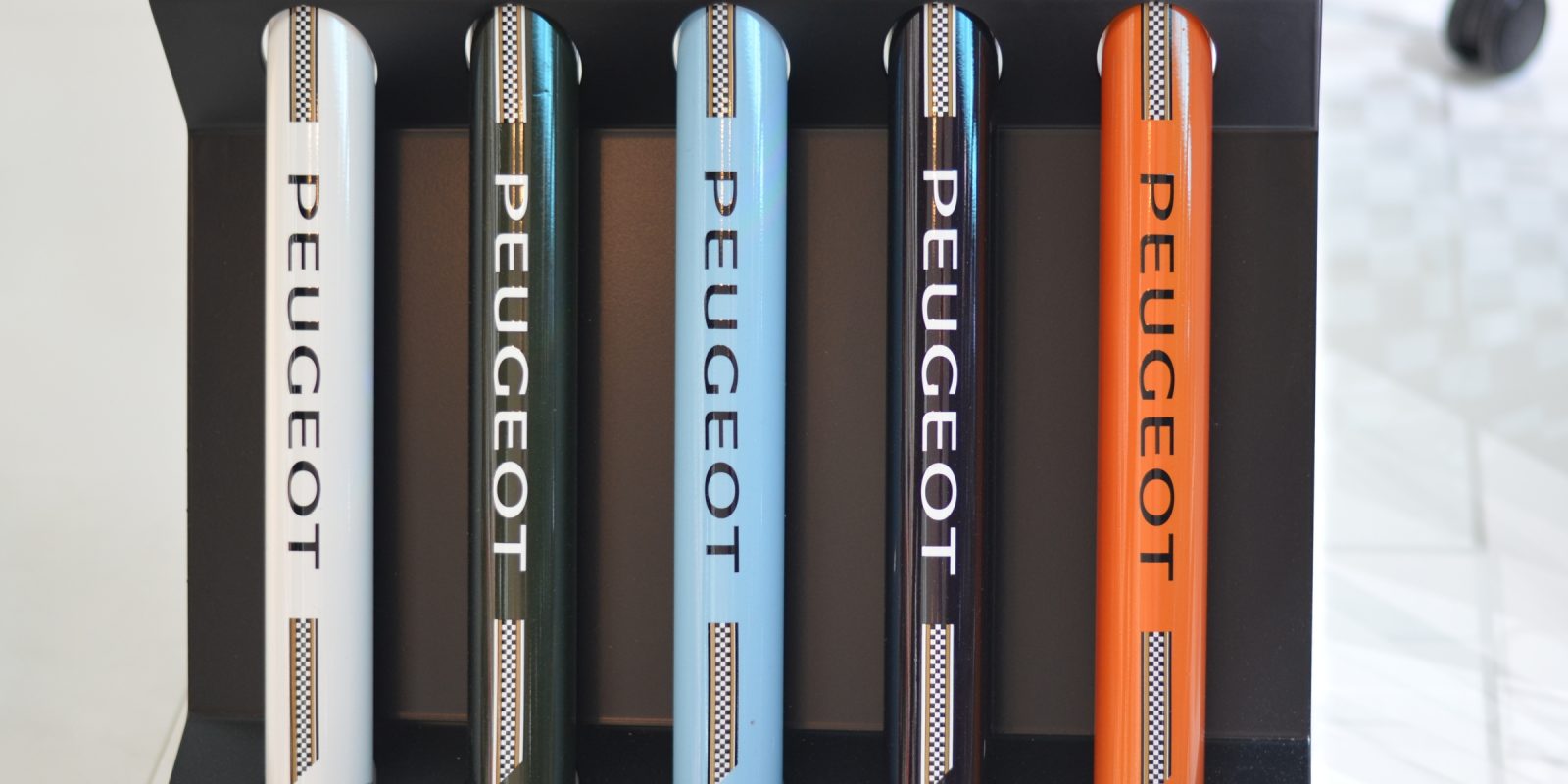 The company has made impressive strides in the electric bicycle market lately, with a half dozen crossover-style models launched late last year.

Designed and manufactured in France, the bike features a classic upright seating position to give riders a lofty vantage point of the road ahead.

A front suspension fork ensures that the bike can tackle tougher riding than typical urban e-bikes, while the inclusion of fenders and a rear rack provide the utility that most e-bike commuters require.

The Peugeot eC01 Crossover sports a Bosch Performance CX mid-drive motor paired with a removable 500 Wh battery hidden within the frame. The company claims that the battery is sufficient for up to 120 km (75 mi) of range, when used in the lowest assist level.

The mid-drive motor is rated for 63 Nm of torque, and Peugeot paired a 10-speed Shimano Deore transmission to ensure riders have a wide range of gears to apply that torque to the ground on various inclines.

I’m actually pretty interested in Peugeot’s e-bike lineup. I first stumbled upon the company’s e-bikes at the Paris Motor Show, where they were a side exhibit tucked away behind Peugeot’s “real” vehicles.

For European-built electric bicycles, the prices seem more than fair. It costs much more to build these e-bikes in the EU than in Taiwan, though the price difference is normally larger than this.

The specs aren’t at the level of some other high-end e-bikes, but that’s ok for most riders just looking for a dependable city e-bike built tough enough for the occasional curb hop or “whoops I didn’t realize there were a couple stairs here” situations.

Next time I’m in Paris I’m going to need to find a way to get on one of these e-bikes.

Until then, let’s hear what you think of Peugeot’s latest model. Share your thoughts with us in the comment section below!