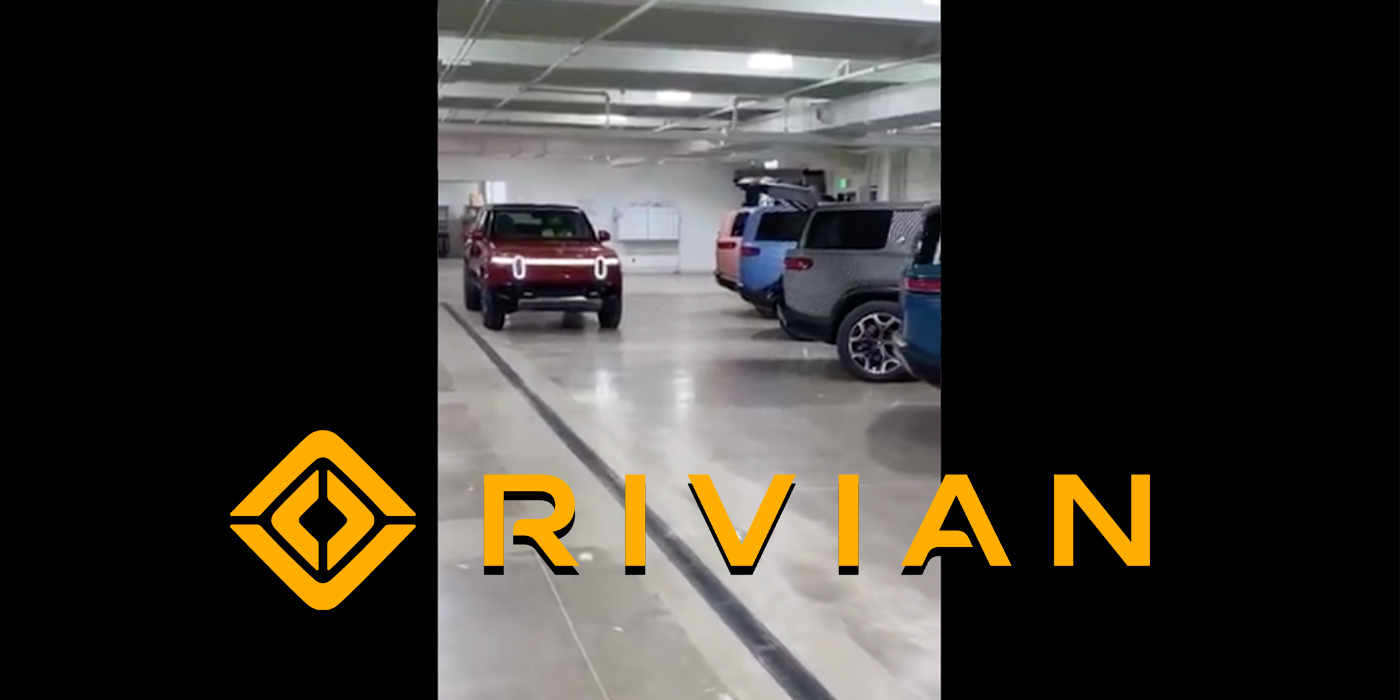 Rivian’s CEO RJ Scaringe Tweeted a video of himself surrounded by R1S electric SUVs. In the video, he explains how the second and third-row seats fold down and shares perspective of how much room future drivers will actually have.

In a recent Tweet, Rivian CEO RJ Scaringe offers fans of the automaker a glimpse at a posse of R1S SUVs. The video features eight different R1S’ lined up in various colors. Scaringe speaks about how he has been driving the R1S the past couple weeks and has been loving it.

He talks about loading up his kids and gear, and even posted along with the video, “Ready for camping!” This certainly fits the theme of outdoor, all-terrain situations the high-performance EV is geared specifically toward.

Scaringe admits many people have been curious about how the second and third rows fold flat in the R1S, so he decided to share a demonstration. With the tailgate down, the seats lay seamlessly flat from the second-row headrests, out the EV’s rear.

Rivian’s CEO circles around the R1S to give the audience a full glimpse of the available space. Then he takes it a step further. Scaringe then crawls his 6′ 2″ frame into the back of the R1S and lays flat, looking out toward the rear of the EV. Even sprawled out, it appears there is at least a foot or two of space before the tailgate hinge. Scaringe points out how great this amount of space will be as “an awesome car camping setup.”

The upcoming R1S will be the second Rivian EV to debut. Regardless, it remains a flagship product along with the R1T pickup. Rivian plans to begin deliveries of the Launch Edition this August. Unfortunately, those reservations have been full for quite some time. That being said, two more trims are scheduled to launch in January of 2022.

The R1S is set to arrive with a quad motor powertrain, offering up to 7,700 lbs of towing capacity. The battery also promises an EPA estimated 300+ mile range and can go 0-60 mph in 3 seconds. The interior will be available with five or seven fold-flat seats, garnering 108 cubic feet of cargo space

Last month, the automaker revealed the specs to its upcoming charging network called the Rivian Adventure Network. Rivian will first target off-roading pit stops, national parks, and RV parks. Again, fitting the outdoors-focused theme the brand has built itself around.

The video from Scaringe showcases design efficiency and innovation to utilize every inch of space. A crucial factor when gearing up and trekking out in the outdoors for days at a time.

This was a wise hype video too. Not only does it gives followers of the brand an update to wet their beaks a little, but it gives outdoorsy customers a display of its camping utility.

That isn’t to say Rivian is pigeonholing itself either by focusing on camping. That amount of space could serve all drivers, whether they’re hauling surfboards, a pack of Bernese Mountain Dogs, or a Costco haul for a family of eight.

As Rivian moves closer to delivering its first EVs, it’s short videos like these that keep the automaker on people’s minds. Perhaps more importantly, they keep potential customers hyped to buy their own.