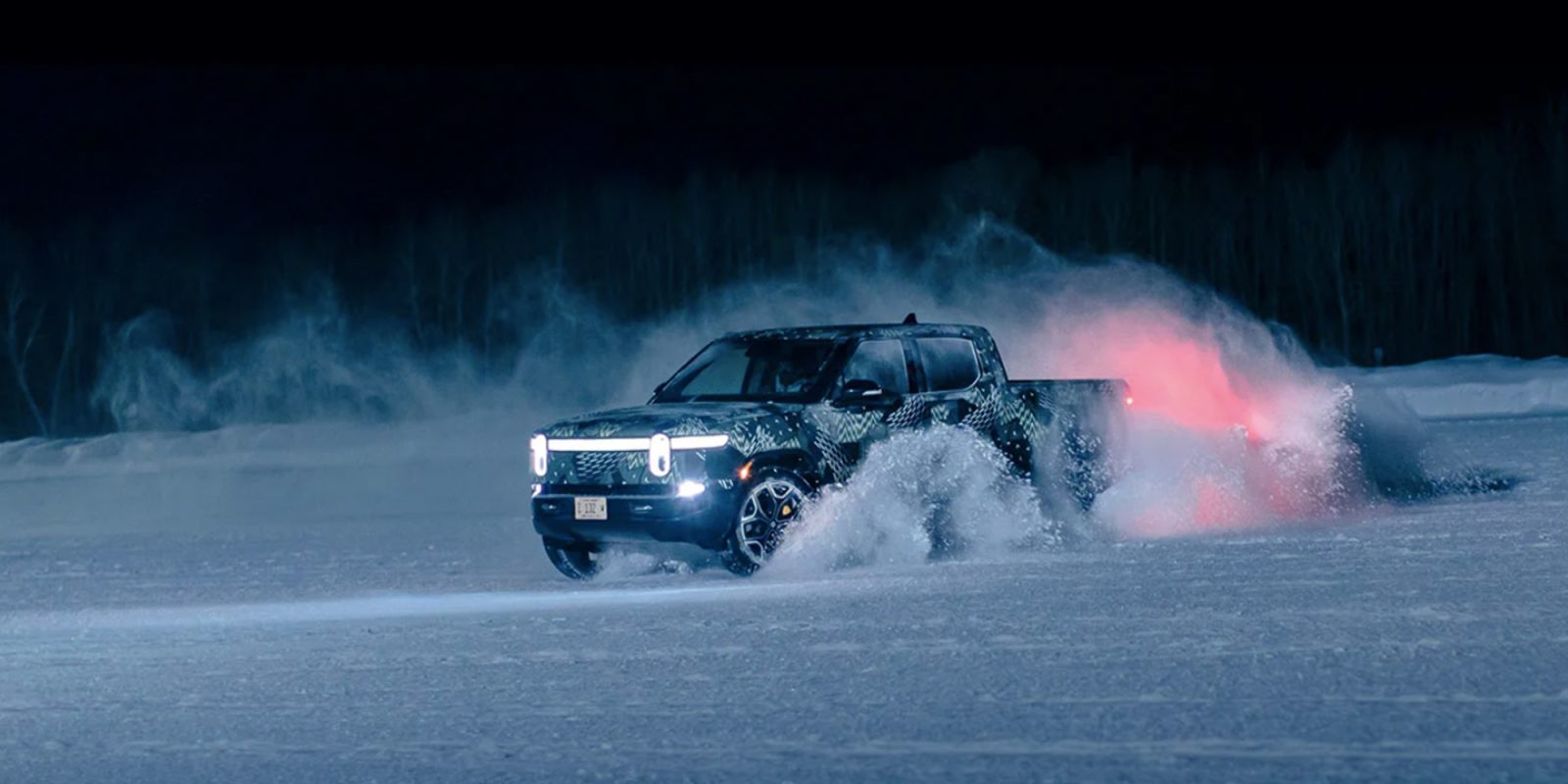 American EV automaker Rivian released test footage of its R1T pickup in temperatures below freezing on the figid Minnesota – Ontario border. Rivian explains that its engineers bundled up and headed north to test and refine R1T vehicle dynamics and battery performance. Unfortunately for them, the tests were in a place where temperatures regularly drop below -30°F.

According to Rivian’s “Stories” page, the testing took place in Baudette Minnesota, home to North America’s largest cold-weather testing facility. Just outside of town lies a former US Air Force base that has been repurposed as an automotive testing tundra. Automotive Enviro Testing (AET) offers 25 courses, including snow and ice test tracks and a slush pool. Let’s not forget the 5 cold cells for storing vehicles at -40°F.

The automaker and its CEO, RJ Scaringe both teased footage of the tests earlier this week. Rivian’s latest blog post now offers a full icy glimpse into the testing taking place up north.

One of the major deterrents of battery cell efficiency is cold weather. Since a chemical reaction is taking place within each battery cell, cold temperatures tend to slow things down. Rivian however, appears to be tackling this issue head on, leaning into the frostbitten air instead of avoiding it.

Any EV owner that ever encounters snow, knows a vehicle left plugged in overnight is vital. This helps keep the battery warm to maintain performance and range. Rivian claims that when future owners leave their EV plugged in overnight, they can depart without any worry about performance. Even if it’s well below freezing outside.

To test this, Rivian engineers kept the R1Ts “cold soaking” overnight at -40ºF. This technique replicates an EV being left unplugged outside overnight. This is generally when batteries see their coldest temperatures. This allowed the engineers to began refining the EVs thermal control software. Furthermore, they developed self-heating strategies to maintain optimal battery performance in sub-optimal conditions. A Controls Integration Engineer for Rivian named Laura explains,

In extremely cold conditions we use some battery energy to keep the cells in our battery above 14°F to provide controlled vehicle performance. Some EVs have electrical heaters to heat the battery up, which is another component — more cost, more mass and a drain on electrical supply. Instead, we’re using our inverter and motor to generate heat — even while stationary our traction system can generate substantial heat for the battery. And we use that heat to warm the battery to the point where it can deliver full performance. Our battery is uniquely designed to operate in super cold conditions, all the way down to an ambient temp of -40°F.

Per Rivian, this system utilizes the minimum amount of energy necessary to keep the battery cells at their optimum temperature. This is especially important if the vehicle remains unplugged in extremely cold conditions, such as being parked outside during a winter get together.

We are simultaneously developing traction control, torque vectoring, regen slip control, anti-lock braking and electronic stability control with the goal to get them all to play nicely together — especially in the snow.

One particular track the the frozen facility offers is concentric rings of snow and ice. These slippery rings allowed Rivian engineers to simulate real-life scenarios like a car encountering slick ice while turning at high speed. From there, the team used the test data to refine its traction control system to maximize stability and driver safety.

This is a very cool demonstration from an EV manufacturer that continues to generate buzz around its two flagship EVs in the R1T and R1S. It was interesting to see that Rivian was only testing the R1T pickup and not the R1S. Truthfully, they both sit on the same Rivian skateboard platform, but they do vary a bit in length and wheelbase. The R1T is 16 inches longer and the wheelbase on the R1S is 6 inches larger. Not to mention their off-roading measurements also vary by multiple degrees.

Additionally the R1T weighs 44 lbs more than the R1S according to Rivian’s specs. It would be interesting to see if that weight differential would affect some the data Rivian gathered. Especially during traction tests and turns at high speeds on ice.

Lastly, Rivian’s unique approach in using the EVs inverter, motor, and traction system to warm the battery is interesting. Not requiring any sort of electrical heater means less weight and more room for other components. Obtaining maximum performance from EVs in cold climates has been a noticeable issue for many drivers. Hopefully Rivian is onto something here.

Overall, this is a welcomed and interesting update from the automaker that includes plenty of well shot footage to boot.