The 16-year-old New York native will embark on a year of learning as she transitions from karts to cars with her scholarship award of a full season campaign in the 2021 F4 U.S. Championship.

As a part of the program, Chambers will have an all-star lineup of coaches and advisors backing her, including two-time Indianapolis 500 winner Al Unser Jr., and SFHR Development co-owner and former IndyCar driver Sarah Fisher who will both oversee Chambers’ development. 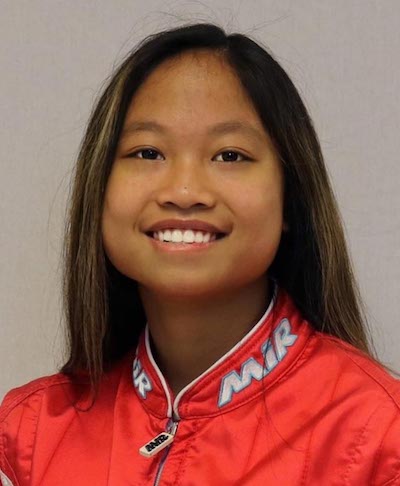 “We were really excited to meet Chloe (Chambers) and hear her story,” said Parella Motorsports Holdings President and CEO Tony Parella. “She is doing great things for the sport on and off the race track, making her a great candidate for the PMH Powering Diversity Scholarship. We are looking forward to having her race with us in F4 U.S. this season.”

Chambers will pilot the No. 8 JS Ligier F4 entered by the newly formed Future Star Racing team. Launched by Mark and Alora McAlister – the same investors who supported Fisher through her open-wheel career – Future Star Racing supports drivers who have the talent to compete but are lacking budget to move forward in their racing careers.

Chambers has already logged laps, testing with the team to prepare for her season debut March 26-28 in Atlanta.

“What an incredible opportunity the McAlisters are creating through FSR,” said Fisher, who was the first female driver to win pole position in a major American open-wheel race and has the most Indianapolis 500 starts of any other female competitor in history of the race. “And for these drivers to work with Al [Unser, Jr.] is a great addition to their program. He and his dad helped me immensely with driving techniques in IndyCar, so our team’s alliance with FSR is coming full circle. Al is an expert on road courses which Chloe will benefit greatly from him as her coach.”

Racing since she was eight years old, Chambers has garnered numerous wins and championships at every level of her karting career, most notably her performance at the SKUSA Super Nationals in Las Vegas, where she placed third out of 80 of the world’s best drivers. In 2020, she finished on the podium at the Florida Winter Tour, and moved up to the top class in karting. She won her first national race in the senior class, making her the WKA Grand National Champion in ROK Senior

In the same year, the Asian-American female driver made waves in the racing community after going viral when she set the Guinness World Record for fastest vehicle slalom. The record-breaking run saw Chambers take a Porsche 718 Spyder through a 50-cone course in just 47.45 seconds, beating the former record set in China in 2018.

Chambers’ off-track activities are just as impressive as what she is accomplishing on track: She acts as an ambassador for the Gift of Adoption Fund, a foundation very close to the Chambers family, as Chloe and both of her siblings were adopted.

Chambers is also the youngest Shift Up Now ambassador. Co-founded by IndyCar driver Pippa Mann, Shift Up Now is a collective group of female racers using motorsports to inspire confidence and courage.

“I am super excited to race in the F4 U.S. Championship with Future Star Racing,” Chambers said. “I am incredibly grateful to Mark and Alora McAlister for this opportunity, along with Tony Parella for awarding me the PMH Powering Diversity Scholarship. It is an honor to represent Gift of Adoption Fund – a cause that is so dear to my family.”

The scholarship program, initiated by Parella Motorsports Holdings with the goal to create a more diverse field of formula drivers at the grassroots level, includes entry fees to all series test days and 18 championship races from PMH, a season-long fuel stipend from Sunoco Race Fuels, and a parts voucher from Ligier Automotive North America.

The 2021 F4 U.S. season kicks off at Michelin Raceway Road Atlanta as part of the Atlanta SpeedTour March 26-28.