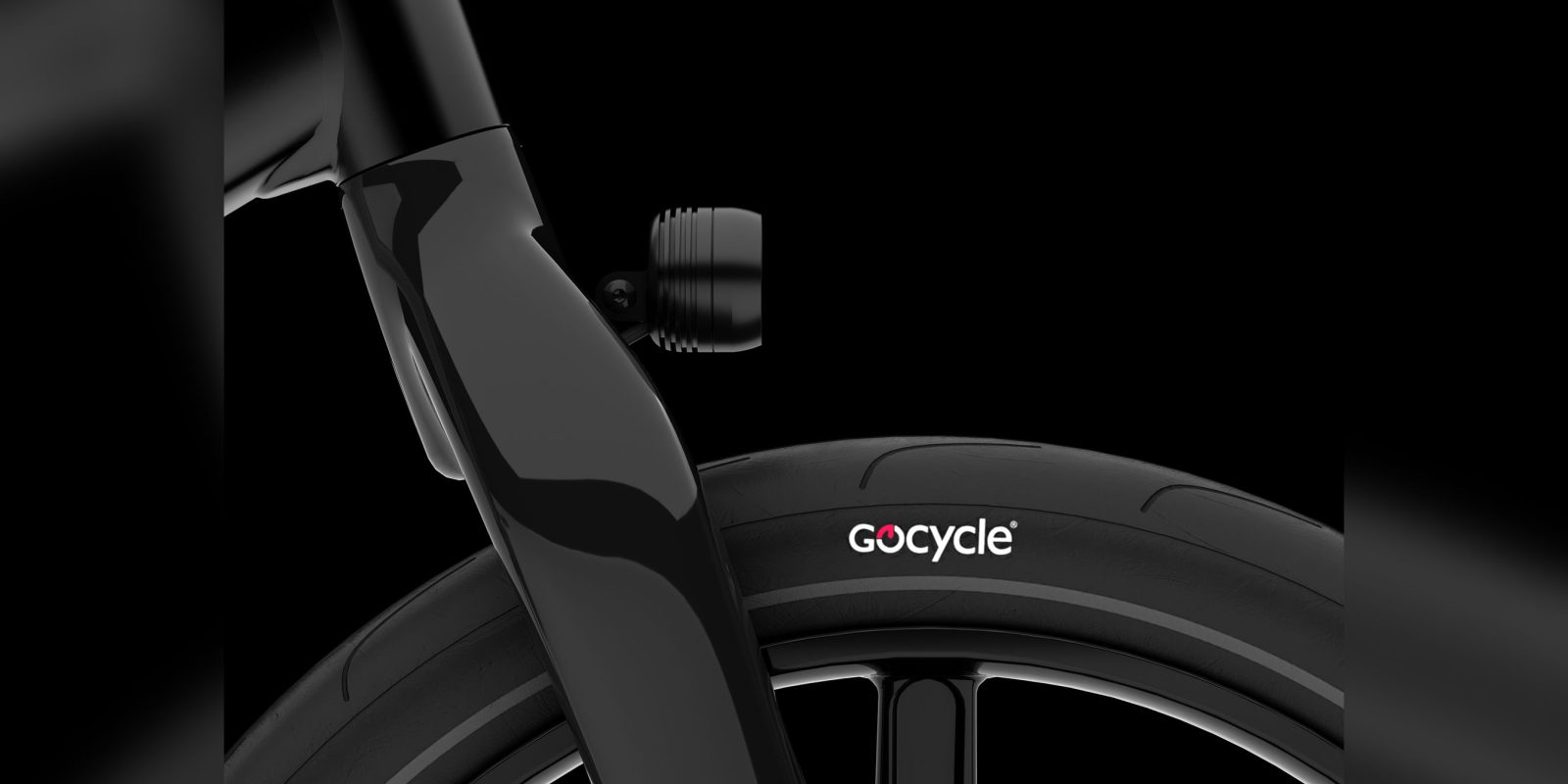 Even though Gocycle-founder Richard Thorpe doesn’t work at McLaren anymore, he took his automotive engineering experience with him when he began his own high-end electric bicycle company.

That has led to a very sophisticated series of urban-oriented commuter e-bikes under the Gocycle brand.

Designed and produced in the United Kingdom, Gocycle’s e-bikes have offered innovative designs with exotic materials.

But they aren’t just fancy for fancy’s sake. Advances like the completely enclosed drivetrain to eliminate most maintenance and single-supported quick-release wheels that can support tire changes while still on the bike have made Gocycle’s e-bikes easier to own and use.

The company’s fourth-generation model line is said to incorporate an all-new carbon front fork that is built around the brand new G4Drive motor system.

So far, we’re only getting a teaser image of the upper part of the fork, which you can see below.

Unlike most e-bikes, the Gocycle hides its motor in the front wheel, meaning that the motor is just out of view in the teaser image. Most people don’t even realize the motor is in the wheel as it is cleverly incorporated into the hub in a way that doesn’t look like the other 99.9% of hub motors we see every day.

The new fourth-generation Gocycle e-bikes will be available in three variations and will replace the previous GX and GXi models.

We previously reviewed the Gocycle GX and found it to be quite effective as a lightweight and high-tech folding e-bike designed for city commuters that are serious about a no-muss, no-fuss e-bike.

You can see that review video below, which should give you a taste for the type of e-bikes we’re talking about here.

The fourth-generation bikes are actually already in production to prepare for deliveries starting this Spring.

We don’t know the tech specs yet, but we do have pricing info.

As we mentioned, Gocycle has always been a premium-priced e-bike brand. But having ridden the bikes, I can confirm that you actually get a premium product. Not only do you get nice parts like the internally geared rear hub, hydraulic disc brakes, internal wiring, electronic predictive shifting, sealed drivetrain, injection-formed magnesium frame, innovative folding mechanism that allows the bike to roll like a piece of luggage, hidden bike tool in the saddle, built-in frame lighting and other cool features, but the bikes actually ride really nicely, too. The rear suspension and large air volume tires make the bikes comfortable to use in addition to being slickly built.

“It’s been more than a decade since we launched the iconic G1 Gocycle in 2009. Every year we see unique and different bicycle and e-bike designs hit the market, but very few stand the test of time and go on to develop year on year. As a pioneer in the e-bike industry, I’m proud to be announcing our 4th generation design – the Gocycle G4!

Our generation four Gocycle range not only sets a new standard for Gocycle, but will raise the bar for all of our competitors in the folding electric bike segment. What’s really exciting to me is that G4 has the potential to challenge traditional non-folding e-bikes. When it comes to storage and security, there’s no compromise with a fast e-folder and Gocycle’s acclaimed riding dynamics just got even better with G4! It’s the most significant step change in development we have ever made and I cannot wait to reveal more details!”