Sound is a big part of the Lotus experience, whether it comes from a four- or a six-cylinder engine, so the company doesn't want its first electric car to be completely silent. It enlisted the help of music producer Patrick Patrikios to remix the Type 49 Formula One car's V8 into a series of sounds that will be programmed into the upcoming Evija.

Patrikios comes from the music industry, he has notably worked with artists like Sia and Britney Spears, but he welcomed the collaboration with Lotus because he's been a fan of the brand since his father showed him an Esprit when he was a kid. He set out to create a new range of sounds that fits the Evija's character while honoring the carmaker's heritage, a task that's difficult to accomplish. Luckily, Lotus has several sonorous engines on its résumé.

"There's a purity to that V8, a raw edge and an emotion that stirs something in your soul, just like the best songs," summed up the producer when asked why he chose the eight-cylinder that powered the Type 49 to victory. 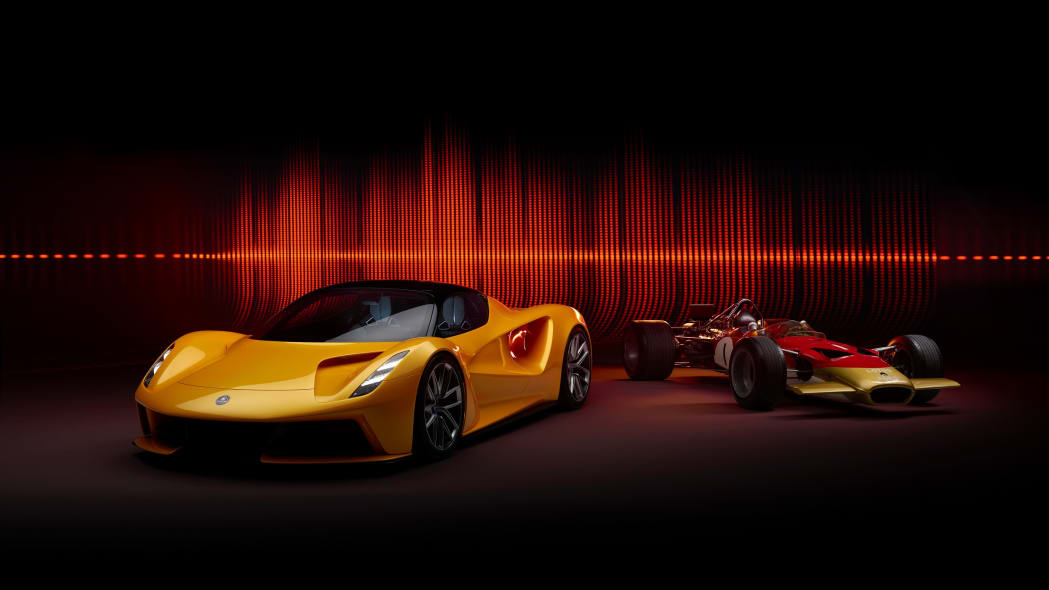 After recording the Type 49's exhaust note, he began digitally remastering it and realized that slowing it down put it on a frequency similar to the natural driving sound emitted by the Evija. "I adjusted the replay speeds and digital filtering of the Type 49 to generate a soundscape for the Evija – it was a very organic process," he said.

You can listen to the sound created by Patrikios in the video above; it's what pedestrians will hear when the Evija speeds by. He also developed the various chimes and tones that will resonate through the cabin, like when the turn signals are activated or when a seatbelt isn't fastened. Lotus previously confirmed that the Evija will influence future cars, and we know additional EVs are in the pipeline, so the sound could spread to other models.