March is annually recognized as Women’s History Month; an opportunity to highlight the contributions of women to events in history and contemporary society. It is celebrated in the United States, Australia, and the United Kingdom, with International Women’s Day falling on March 8. This year will have extra significance, with a woman as Vice President in Washington DC.

For me, it it’s all the more special because it’s a great time to celebrate the women in motorsports whose shoulders we stand on, as well as for the current and future women successfully competing on racetracks all over the world. You may recognize some of the names, but many will be new and might surprise you.

First, let’s take a look at some of the women who did so much before women were considered able to do such things:

Women have been competing in motorized vehicles since the beginning of the sport – Camille du Gast competed in the 1901 Paris to Berlin, finishing 33rd out of 122 participants, and then was banned from racing by the Automobile Club de France after she competed in the Paris to Madrid in 1903, on the grounds of ‘feminine excitability’!

On the English circuit of Brooklands, women were excluded from racing until 1908, although even then, they were only allowed to race each other in Ladies’ Cups. At around the same time, Joan Cuneo raced successfully in the U.S. until a ban on female racers relegated her mostly to exhibition events. 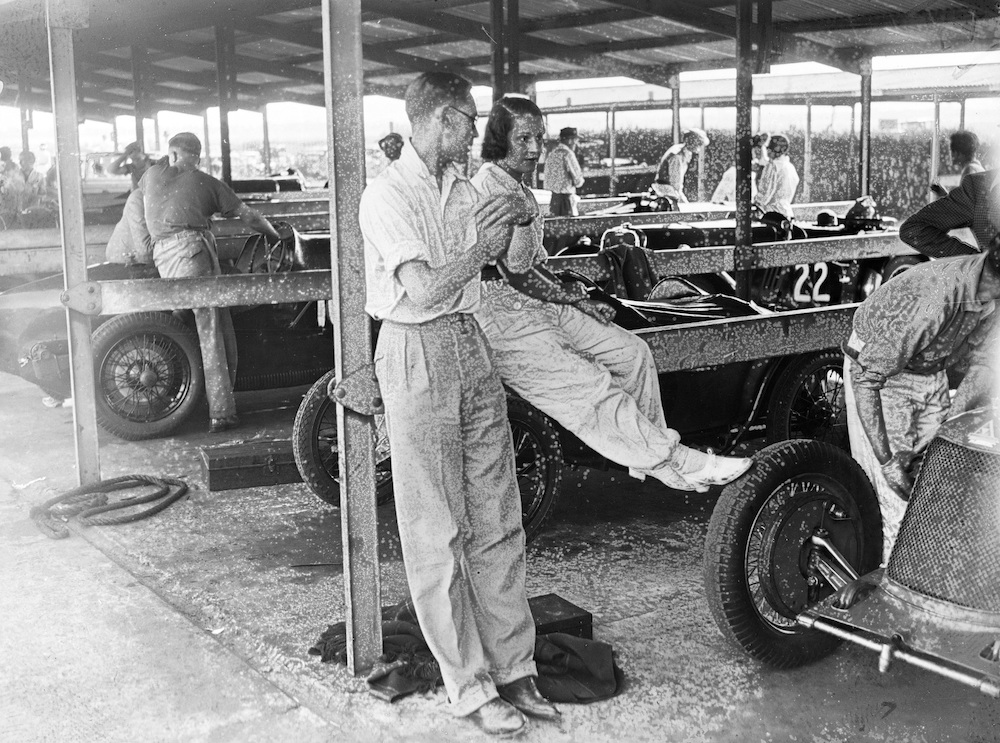 Kay Petre takes a break in the stalls in the paddock during the Inter Club Meeting at Brooklands in 1934. Motorsport Images

With the end of World War I, new careers were evolving in numerous sports disciplines throughout Europe and the United States which brought many women to compete on circuits and rallies: Gwenda Stewart-Hawes, Helle Nice, Kay Petre, Elisabeth Junek, Elsie “Bill” Wisdom, Anne Cecile Itier, and many others.

Nothing would be the same after World War II, including women’s roles in society. The 1950s & 60s included international road rallies and endurance circuit races for drivers such as Annie Bousquet, Pat Moss, and American Denise McCluggage. One of most profound drivers of this era was Maria Teresa de Filippis (main image), who raced in three Grands Prix in a Maserati 250F. Only four other women have attempted to qualify a grand prix. Lella Lombardi went on to make 12 starts, and scored half a point after being classified sixth in the shortened 1975 Spanish GP), while Divina Galica (1976, 1978), Desire Wilson (1980), and Giovanna Amati (1992) took part in qualifying but did not secure a place on the race grid. 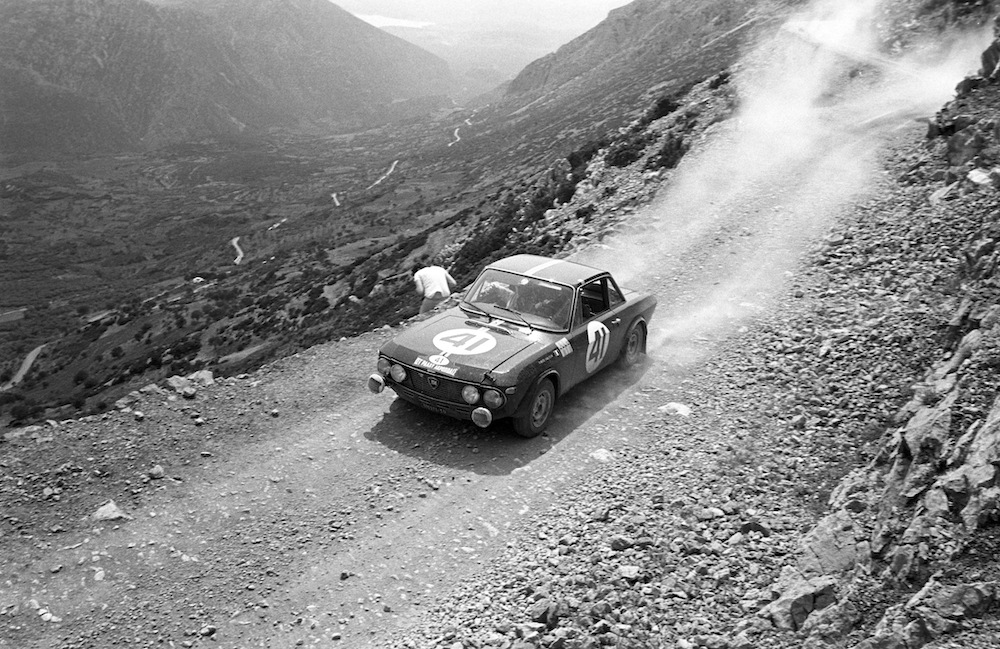 Pat Moss and navigator Elisabeth Nystrom put their Lancia Fulvia through its paces at the 1968 Acropolis Rally. Motorsport Images

Another significant landmark achieved by a female in racing was Shirley Muldowney, who became the first female licensed NHRA Top Fuel drag racer. Shirley went on to win three NHRA Top Fuel Championships, the first person (male or female) to win two and three Top Fuel titles. NASCAR (National Association of Stock Car Automobile Racing) was formed in the 1950’s for stock cars to race mostly on oval tracks, and Louise Smith and Sara Christian competed in the early races.

The 1970s brought consumerism into motorsports, and sponsorship became the norm. At the same time, the women’s lib movenent opened some minds and doors. Some significant outcomes in the 1970s were when women racers were accepted at Le Mans after a 20-year absence; Michele Mouton became a French rally champion in an Alpine Renault; and Marie-Claude Beaumont raced in rallies around the world and at Le Mans between 1971 and 1976 Le Mans with Corvette, Alpine and Porsche.

Garnering a tremendous amount of international publicity was Team Aseptogyl, created in 1971 by dentist Bob Neyret who was trying to promote his new brand of toothpaste. He organized a ruthless selection process, in live conditions, during the Chartreuse Rally, with the girls driving small Group 3 Alpine saloon cars. A roster of over 10 female drivers were engaged, (all wearing pink) including Belgian Christine Beckers, who went on to a successful international racing career, and Lombardi, who went on to successfully race in international sports cars in addition to her achievements in F1. 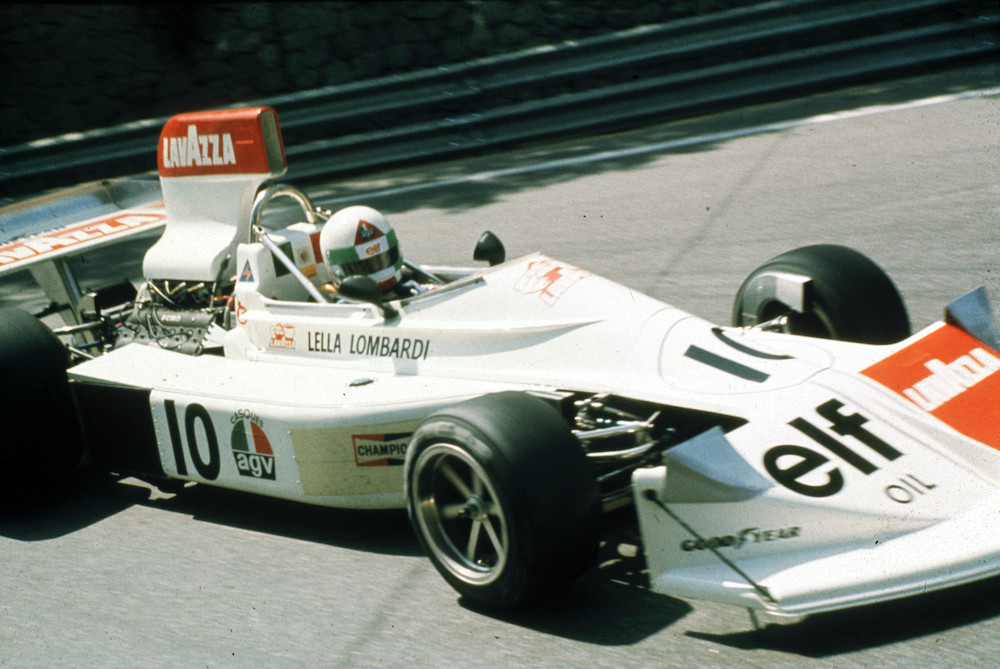 Michele Mouton had a profound effect on a century of racing in the 1970s when she was six-time French female rally champion, five-time European rally champion, finished runner-up in the rally drivers’ world championship and helped Audi win its first manufacturers’ title. In 1985 she won the Pikes Peak International Hill Climb, setting a record in the process. Today she is the first president of the FIA Women Motor Sport Commission and the FIA’s manager in the World Rally Championship.

This gives you a little taste of the history of the extraordinary women who competed in motorsports around the world. Next we’ll take a look at the women who followed them, before bringing you into the current crop of racers, then a peek into the future!