Sebastian Vettel is targeting the top three in the constructors’ championship for Aston Martin this season and hopes significant changes in Formula 1 will allow it to become a title contender quicker than past examples.

Aston Martin is expanding its workforce and facilities as the former Racing Point team looks to make progress following fresh investment from Lawrence Stroll and his partners. Given how well the team performed last year — winning in Bahrain and finishing fourth in the constructors’ standings, with a points penalty costing it third overall — Vettel (pictured at right, above, with new teammate Lance Stroll) says the momentum suggests the top three should be the aim this season.

“Obviously it’s the whole team but you have Lawrence at the top,” Vettel said. “He’s very committed, very enthusiastic and working really hard — he’s not just supplying the needs to the team but very much engaged and pushing the team, I believe, in the right direction.

“I think it’s the first shot with similar money to anyone else on the grid — probably a rare shot. It won’t be easy to catch up in a breath but the ambition is definitely there to catch up, not just from Lawrence but from the whole team. So I’m in and I’m happy to do everything I can to help.” 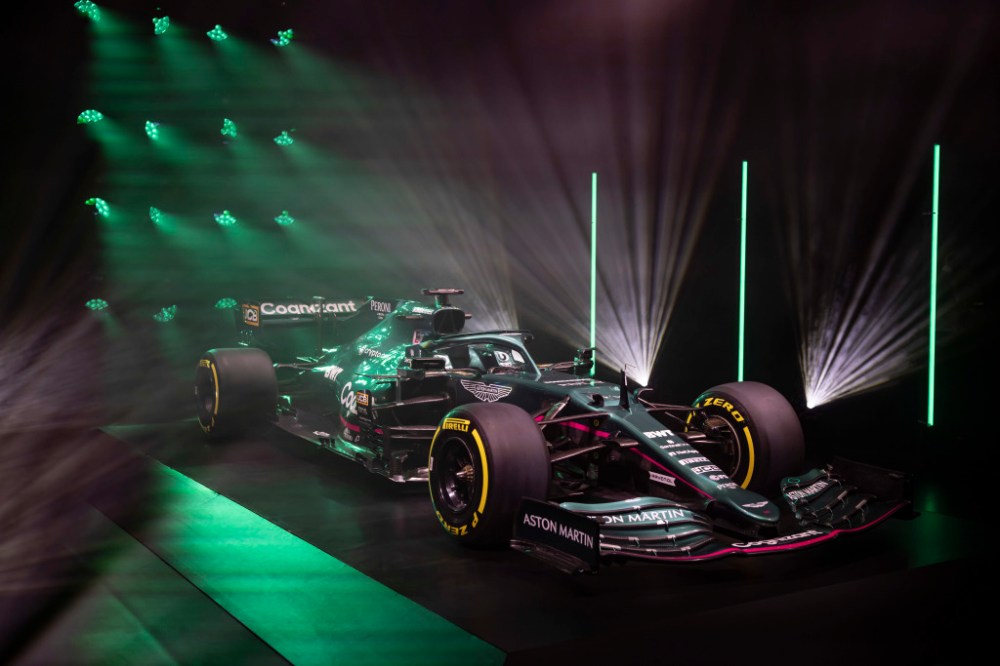 How far can the new Aston Martin AMR21 carry the team? Image by Glenn Dunbar/Motorsport Images

While Otmar Szafnauer suggests Aston Martin might need three to five years to mount a title challenge, Vettel is confident he has what it takes to supply a championship and believes that timeline could prove to be shorter.

“I don’t think it’s an age thing, I think it’s more a question of do you have the car and the team around you? Obviously Formula 1 has been like this for as long as I can remember and probably before. It’s not a secret in the last years you needed to be in a Mercedes to really fight for the championship.

“I think we got close at times at Ferrari but never really close enough to have a say in the last two or three races. So I don’t think it’s an age thing — I think it’s in me and has been in me. It was probably a big relief winning the first championship, knowing that you can do it, and since then I don’t see why it’s not there anymore.

“I think it is a longer-term project if you really want to win. If you look at Mercedes, they started somewhere in 2011 or 2012 and then really got into the winning ways with a new power unit when they just got out of the gates a lot faster than anyone else. But the car wasn’t really that great in 2014 chassis-wise, and from then onwards, if you say from 2011 then it took them another five years to really build a car that was also considered the best chassis.

“So that’s the time it takes — but then everybody has that time and not everybody has done the job. There are a lot of projects going around, different manufacturers, and in the end only one can win and Mercedes has been the one that’s been the strongest. So hats off to them, and the others were just not good enough.

“Obviously it’s Formula 1 changing at the same time; time will tell but maybe you don’t need those three-to-five years anymore. Maybe it will shrink and that’s the hope, I think, for everyone to be a bit closer to the top and not just be on the podium because you were lucky that the guys at the front retired or crashed, but this time for real.

“So we’ll see how Formula 1 changes in the next years. Age-wise I still think I have a long time in me, but then in all honesty it depends a little bit on the circumstances of how things are going in the near future.”